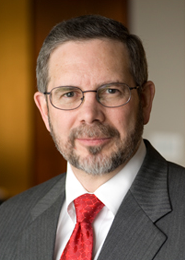 Malon Wilkus is the Founder, Chairman and CEO of Adasel Global Partners LLC.

In 1986, he founded and was the Chairman and Chief Executive Officer (CEO) of American Capital, Ltd. until it was sold in 2017 for $4.1 billion.  From 1997 to 2017, American Capital traded on Nasdaq under the symbol “ACAS” and over that time produced a 14% annual return, including dividends not reinvested.  American Capital had over $100 billion in assets under management and, both directly and through its global asset management business, originated, underwrote and managed investments in middle market private equity, leveraged finance, commercial real estate and structured products.

Mr. Wilkus was the Founder, Chair and CEO of American Capital Agency Corp., now named AGNC Investment Corp., from its founding in 2008 to 2016.  AGNC trades on NASDAQ and is a real estate investment trust (REIT).  AGNC invested in agency securities for which the principal and interest payments are guaranteed by a U.S. Government agency or a U.S. Government-sponsored entity.  At the time of his departure as CEO, AGNC had a market capitalization of over $7 billion.

Mr. Wilkus was the Founder, Chair and CEO of American Capital Mortgage Investment Corp., now named MTGE Investment Corp., from its founding in 2011 to 2016.  MTGE trades on NASDAQ and is a REIT.  MTGE invested in a leveraged portfolio of agency mortgage investments, non-agency mortgage investments and other mortgage-related investments.  At the time of his departure as CEO, MTGE had a market capitalization of over $700 million.

Mr. Wilkus was the Founder, Chair and CEO of American Capital Senior Floating, Ltd. from its founding in 2013 to 2017.  ACSF trades on NASDAQ and is a Business Development Company (BDC).  ACSF invested primarily in first lien and second lien floating rate loans to large market, U.S. based companies (“Leveraged Loans”) and invested opportunistically in equity tranches of collateralized loan obligations, collateralized primarily by Leveraged Loans.  At the time of his departure as CEO, ACSF had a market capitalization of over $100 million.

He has served on the boards of over a dozen companies in various industries.